This is a demo.  It's a shorter version of the game; it has many fewer rooms than the full game.

However, there is a reachable goal to get to the end of the demo. Every item you will pick up will be useful.

Please give us your feedback so we can make the full game even better.

Note: Each puzzle has visual clues. However, sound cues are also present.

this was really great!

Hello, thanks for playing and I am glad you liked the game!
()_()
(n.n) i do exist also says the newborn bunny to the web!

I loved it! It got pretty hard at bits, such as the fridge puzzle (that took me so long!), but I manage to figure it all out in the end! Great art and fun game, the hints felt quite well laid out too :D A good amount of variety in the game too, if you'd told me it was a full game I would've believed you!

Also the fun facts were cool too!

Hey, glad you enjoined the game/demo also is nice  to  know that at least some people are interested in the facts! :)) don't know if there is going to be more games like this because of lack of funds /support  but maybe next game  will hold some sorts of hints for at least some of the puzzles!
:)

Ham i'll give a hint, the earrings from the demon show direction, and the shape of the buttons should show you where there is a similar sequence to reproduce.  :)

I really like this game! good music, good artstyle, the front room gave me vietnam flashbacks to ddlc, good 10/10! looking forward to buying the full version.

i also got very stuck because i didn't realise I had to give the fish the cereal.

Always a pleasure to hear  that people enjoined it! Thanks for the feedback and for the support! Sorry for the flashbacks lol! Maybe is was because roof is missing(like on a bombed building)  and  stars are on the sky like  night walks in the jungle.

had a lot of fun!! This is my second time playing this game. The first time I couldn't figure out half the puzzles but while playing back the I realized that most of the puzzles have little hints given throughout the house. I'm so glad I didn't look at a walkthrough. I guess my brain was working today because I could figure out 97% of it.

Overall I really really enjoyed the game. It drew me in from the start, puzzles are not too hard, little details and clues are given enough to understand what needs to be done yet some challenge is still there. I like that we need to solve some puzzles in one room to be able to solve some in the other room. Controls were smooth. The visuals and background music made the experience immersive.

Really excited to see how the full version turns out and looking forward to more works by the devs :)

A couple things that did confuse me, I've stated below:

I couldn't find the last worm, that was hidden behind one of the black zigzag creatures in the space bathroom. I had to refer a walkthrough for it. If i hadn't I would have had to resort to blindly clicking around.

Another thing that confused me was the lamp in the bedroom. When I switched it on, I saw a worm like shape, multiplication sign and 67. I'm not sure what it is supposed to mean as it didn't play a role in any puzzle or if I interpreted it wrong or if it was a clue to finding the worm in the bathroom.

Thanks a lot! Glad you persevered.

The hint on the lamp is for the full game. We left it in the demo to pick at people's curiousity ;)

I played this game drunk and absolutely wonderful. It’s not often I run into a fun puzzle game.

Wonder how people would do if they would play it high ...Cool that you liked it!

That's a fantasic idea. I may come back with a video on that lol.

I deleted somebodies nice comment by mistake I just wanted to reply in with a thanks but I pressed something wrong! It was a small green frog with  woman name perhaps?! REALLY Sorry and thanks fro the Feedback!

I love this. I'm a huge fan of the secrets/fun facts!

Hello, glad you liked it and since you mentioned the word" love "here is another fun fact of the heart: and average size human can fit inside a blue whales heart! :)

I did not know that!

When is the full game gonna come out?!? This game is SOOO good!

Hey,  we would like to make it until October this year... Ah yes the ears  are tricky, but congrats for your badger-like  determination! I am glad you liked the game.:)

You can wishlist on Steam: https://store.steampowered.com/app/1372570/Domino_House/

secrets may be found with the wall markings for 5:40, the legsock, the moving night sky... the notes in the first room. the cat dome that says 67, the number spiders, the dragon ball, and the snail houses?

i searched hard though and couldnt find jack. the only thing that does anything after putting all the teeth in is the legsock, which is probably connected to the snails but i couldnt find anything there either....

also this was a pretty dang cool game.

Hello, thanks for playing... the demo has only 3 secrets the full game will have more. :)


Got stuck on the clown. I can see the stars and I try to open the box on the wall based on the stars but it doesn't open. Wondering if it's a bug that it's not opening.

Hello, there should be no bug. But did you open the box once and now you are looking on the inside box buttons or the box looks not open ?For each scenario you have: a solution but  there is nothing to do with the stars from the sky.
Thanks for playing the game!

I clicked the buttons corresponding to the clowns outfit where the stars are. Top right and bottom I believe. The box won't open. Maybe I have it wrong.

(If box not opened)Find two light-switches in the room>flip them to open the pipes on the shower. See the code for the box. open the box. Click on the non-star marked buttons. Figure out an order for those 3 buttons. :) Hope it helps...If not you can check  video walk-trough from the tube.

Can't wait for the full release, the visual style is really cool and there are some challenging puzzles.

Thanks for playing and for taking the time to make a video walk-trough with your game experience! :)

This was really cool and fun, like your other games, but I found it became really difficult, with a lot of distractions, requiring a walkthrough by the end. Thanks!

Having video blind playthroughs gives us the best of feedbacks.

I love the atmosphere of this game, it's so dramatic, funny and crazy at the same time! The puzzles are difficult but well structured and more than once I found myself saying "oh yes, of course!"

I definitely can't wait to see an updated version :)

Thanks for playing! I am glad that you enjoyed it :)

It was a little difficult but interesting. Music and refrigerators were especially difficult.
I think it will be better if you clarify where you can click and where you can't.
I look forward to the update.

I COMPLICATED THE GAME

Did you meant completed or your mind thought of more complicated puzzles? Either way Thanks for playing! :)

I finished the game

I am a fan of dragon ball that is why I decorated the room with it..But since I noticed it gives people more trouble, maybe I will remove it!  Hints would not be a bad idea but I am not sure how  we can manage to do them...Am official walk-trough should be present on the  completed game.

hi, question, i play the demo and i got al the secret cheasts unloacked, this is the end of the demo' bc idk what other things do xD

Hey, you got the secret with the clown too? If you get a message with:"Thanks for playing the demo!"you finished the demo game...if not you must do more. :)

good demo but in my personal opinion the music after a while make a little headache. :)

Yeah, the music will have more variations in later versions :)

it's cute and i love it !! I'm  wondering how to open the refrigerator. It took me a lot of time even I had pass the password.

Nice, cute yet creepy atmosphere! The skewed perspectives reminded me of "Day of the Tentacle". I liked many of the characters, events, drawings and puzzles.

What I didn't enjoy, though, were the red herrings.

I spent so long trying to figure out how to solve the window-domino-puzzle using the winged cat painting (it had similar dotted shapes) only to find out the cat didn't have anything to do with the puzzle, and the actual solution was a much simpler. It didn't give the "A-ha!" -moment you get for solving a puzzle, more of a frustration of "why was the cat painting with the similar dot shapes even there?".

Same with the box with the star socket. Since there were six stars in the bedroom, I figured I needed to solve a puzzle to get a star I could use on the box, but instead I had to use an item that makes sense after you've used it and found out what kind of a box it is, but before that I was just trying that item in different places, hoping it would interact with something.

Of course, I'd rather not have all the unusable items either, or have puzzle elements show up I couldn't solve. It would've been better to prevent player from interacting with those objects for the demo, and to disable the hints meant for puzzles in the full version.

Other than that, I really liked the game! Most of the puzzles were logical, solvable by deduction. The visual style is interesting. The soundtrack fit the mood, though it could've used a bit more variety considering how long it takes to get through the game. Didn't find any bugs or lacking features either, other than the inability to start a new game without restarting the whole application, or to quit/return to menu after beating the demo. Looking forward to the full game.

Thanks for the feedback! The fact that you took your time and gave us your opinion means a great deal! I will take all into consideration and try to make the game better and the demo too. Thanks for playing!

Thanks for playing! Hope you did have a good time! 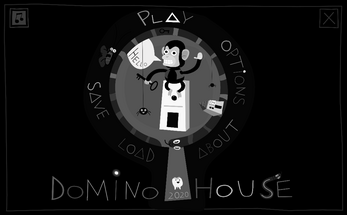 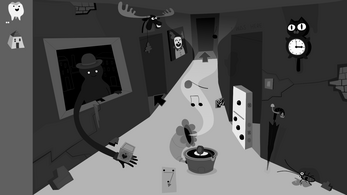 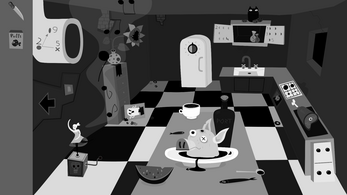 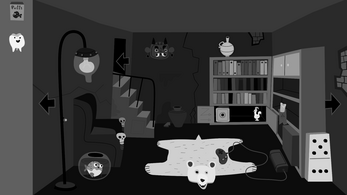 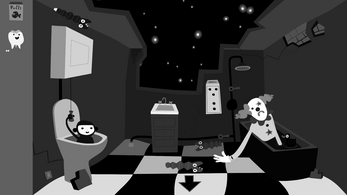 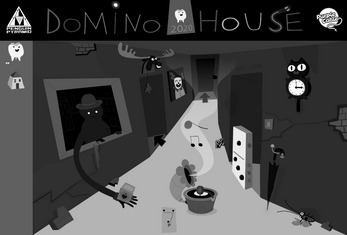